The Great Jazz Gig In The Sky 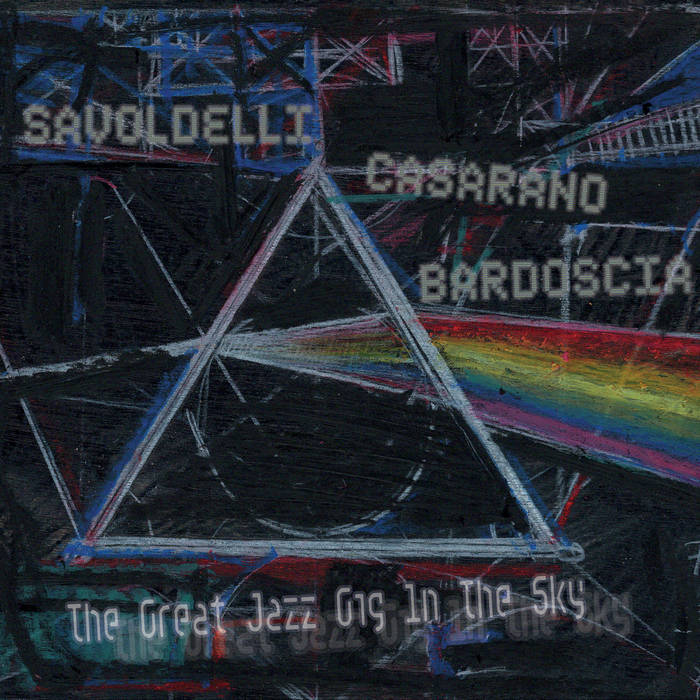 Peter Jones An experience beyond words.

The original was incredible and this is in the same class.

Robert Hager THIS IS AWESOME!! I love this interpretation Thanks to Moonjune for letting me know about Savoldelli! Great talent! Great band!! Love it!!!! Favorite track: The Great Gig In The Sky - Money.

CD version of this album is available on MoonJune Records' main page:
www.moonjune.com

There’s an old joke among instrumentalists:
What do you call someone who hangs around with musicians? Answer: A singer.

While this stereotype is overgeneralized to the point of being offensive, it is sadly too often the case that vocalists, particularly in the realm of mainstream commercial music, lack the deep musical knowledge of their instrumental counterparts. But one vocalist who emphatically puts the lie to this questionable cliché is the protean Boris Savoldelli, whose latest album The Great Jazz Gig in the Sky of his exciting new trio Savoldelli Casarano Bardoscia stunningly demonstrates that he is at least the equal of any instrumentalist - nay, any group of instrumentalists.

Boris didn’t take an easy path in choosing to reimagine one of the most sacred albums of all time, Pink Floyd’s monumental The Dark Side of the Moon. It surely didn’t help that it’s also one of the most frequently covered works of progressive music, from symphonic treatments to chamber arrangements to legions of Floyd tribute bands. But Boris always disdains the easy path, and unlike the many sterile, note-for-note versions of The Dark Side proffered by lesser talents, his rendition truly distinguishes itself by taking a strikingly imaginative and boldly creative new approach to the familiar material - in this case, a wholly absorbing interpretation that reflects his lifelong love of jazz and improvisation.

Boris pulls out all the stops with his vast arsenal of unparalleled vocal techniques, augmented by his provocative electronic treatments. But The Great Jazz Gig In The Sky is much more than just a vocal showcase, highlighting the formidable creative gifts of his partners, saxophonist extraordinaire Raffaele Casarano and bassist supreme Marco Bardoscia, plus a roster of distinguished guest musicians. The result is a kaleidoscopic marvel of sounds and emotions, delivered with élan, humor, impeccable musicianship, and above all a deep, abiding love for his inspirations, in a tour-de-force album that, we’re sure all Lunatics will agree, truly deserves the superlative “Great”. Once again, open-eared listeners have been gifted with a truly magnificent milestone from the fertile mind of the singular Boris Savoldelli.

Guests:
Dewa Budjana: guitars on Us and Them
WK569: background sounds manipulation on US and Them and Any Colour You Like
Maurizio Nobili: reciter on The Great Gig in the Sky and Eclipse

Mixed, edited and mastered by Piero Villa at the Rumore Bianco Studio, Esine, Italy in January 2016.